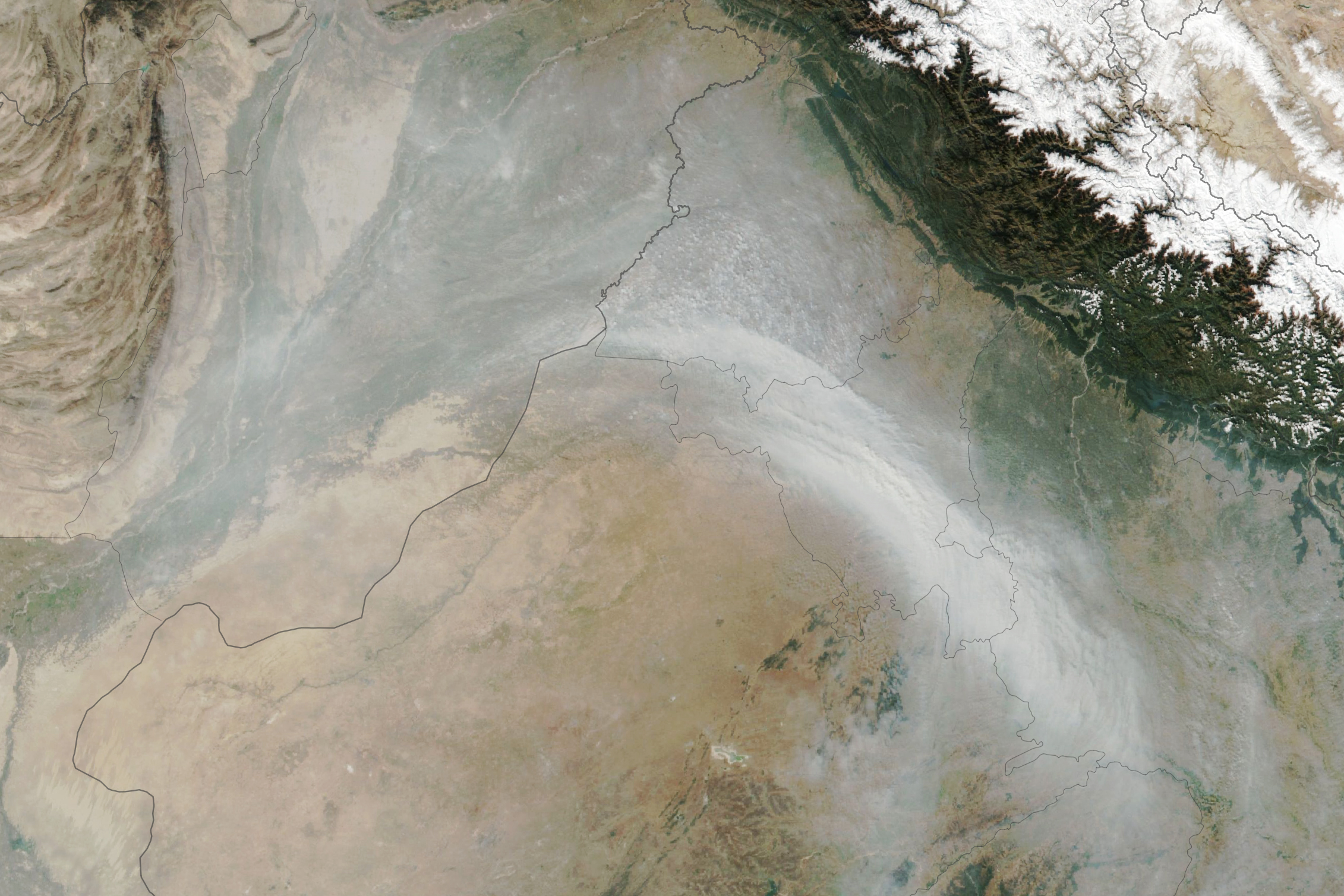 For many years, climate change was not a central concern of the international health policy and systems research community (HPSR). In fact, at the 5th Global Symposium on Health Systems Research hosted by Health Systems Global (HSG) in Liverpool in 2018, only one abstract in thousands mentioned the phrase ‘climate change’. But it cannot be denied that the climate emergency is already an existential threat – as COVID-19 wreaks its own havoc – for the health of the population and health systems around the world, as summarized by the â€œcode redâ€ assessment. Recent reports from the UN Intergovernmental Panel on Climate Change (IPCC) and the Lancet Countdown. Therefore, the HPSR community can no longer turn a blind eye to this urgent planetary health challenge.

But the HPSR community is growing now. This year, we, a group of academics and practitioners deeply concerned about the link between climate change and health systems, launched a new thematic working group within the HSG – TWG on Climate Resilient Health Systems. and sustainable, which was officially launched at the recent United Nations Climate Change Conference (COP26) in Glasgow. In the years to come, we hope to facilitate learning and knowledge exchange, advance research frameworks and methods, and strengthen technical capacity, especially among the next generation of academics and practitioners, all for the advancement of research and practice around the interface between climate change and health systems. . To kick off this work, our TWG hosted a roundtable on November 27, 2021 during the face-to-face training of Emerging Voices for Global Health, which is one of HSG’s flagship programs. Below are five key messages that emerged from the discussion.

First, climate change is already affecting all regions of the world, be they poor or rich. This is not just a problem for low and middle income countries (LMICs), like the Philippines which is hit by severe typhoons or India which experiences droughts which exacerbate undernutrition. Even high-income countries are already affected by climate change today, such as Canada hit by heat waves or Germany hit by extreme flooding unprecedented in the country’s history. Therefore, HPSR researchers and practitioners in rich and poor countries can truly collaborate on the nexus between climate-health systems, and knowledge, expertise and solutions can flow both ways. For example, Renzo is launching a collaboration between the Philippines and the University of California at San Francisco on building climate-resilient local health systems – the Philippines and the United States have something to learn from each other in this new domain.

Second, tackling the link between climate and health systems means that the focus is not only on health systems, but also on the environment at large. The limits of the investigation are blurring and the scope of the investigation continues to expand. To truly understand this interface, we need to study not only health systems but also social and ecological systems and their interconnections. At HPSR, we always say we embrace transdisciplinarity – but studying climate change means we have to work with unconventional allies such as climatologists, environmentalists, and geologists, among others. The international TAPESTRY consortium, which focuses on transforming climate change in marginalized environments in India and Bangladesh, is an example where HPSR practitioners engage with other disciplinary experts such as natural scientists, environmentalists and gender specialists. Upasona worked with this consortium which studies the experiences of different actors in dealing with climate change and how the co-produced knowledge can help transform the well-being of a community in the face of the climate crisis.

Third, climate change not only affects health system functions, but directly affects communities themselves by acting through their context-specific social determinants of health. Therefore, HPSR work on climate change cannot ignore communities that are on the front lines of the climate crisis and that are typically neglected within traditional health systems frameworks. which tend to focus on “building blocks” or “command buttons”. Particular attention should be paid to meaningful and respectful engagement with indigenous communities. For example, in the Indian part of the Sundarbans, which is one of the hotspots of climate change in the world, space for community participation in health decision-making is limited. Shibaji and Upasona used an action research technique, photovoice, to provide mothers of young children with a platform to express their collective voices on the impact of climate change on the health of their children. In the project, the women participating as co-researchers negotiated with local decision-makers to take mutually acceptable actions at the community level.

Fourth, climate change is already experienced by ordinary people; its impacts are graphic and cannot be simply represented by numbers or interview transcripts. Therefore, the nexus between climate-health systems presents a unique opportunity to employ a wide range of innovative research and communication techniques. For example, the photovoice project in the Indian Sundarbans described above was documented in a film, communicating the interplay of shared contextual and differential vulnerabilities children face and how these exacerbate their experience of climate change. The film version of Renzo’s doctoral thesis on climate-smart local health systems in coastal municipalities in the Philippines did not capture the voices of experts but that of frontline communities; his films have been used as educational material and viewed by tens of thousands of people around the world. Participatory visual action research methods also serve as a pathway to generate knowledge about uncertainty in health systems as well as a platform for communities to become active agents in knowledge creation, changing the way research policy.

Fifth, climate change is an issue that is not only urgent, but also has a strict deadline and strict limits that have lasting consequences for humanity – keeping the increase in the global average temperature below 1 , 5 degrees Celsius by 2030, as indicated in the Paris Agreement and reinforced by the Glasgow Pact. Lives are at stake – not just for the people of the present, but for the future children of the world. Therefore, the nexus between climate-health systems requires not only rigorous scholarship, but also bold activism and movement building. The COVID-19 pandemic and the vaccine inequity it has generated has forced many global health and HPSR researchers and practitioners to embrace activism – the same must happen when it comes to evolution. of the climate emergency. The HPSR community must be impatient with the slow pace of climate action which has huge negative long-term consequences for health system resilience and health equity. Therefore, the immediate translation of the newly generated knowledge on this link through rapid dissemination to policy makers, practitioners and the public is of paramount importance.

At COP26, more than 50 countries committed to building climate-resilient and low-carbon national health systems in the years to come. The HPSR community must take advantage of this political shift and harness its capacities to help countries around the world achieve this collective goal. In the years to come, we hope to see more colleagues in the HPSR community, especially emerging voices, academics and practitioners, become part of this growing movement – to build health systems that do not harm the planet and that adapt to challenges. caused by a rapidly changing climate. Join us!

Renzo R. Guinto is Vice Chair of the Thematic Working Group (TWG) on Climate Resilient and Sustainable Health Systems at Health Systems Global. He is the chief planetary health scientist at the Sunway Center for Planetary Health in Malaysia and the first director of the planetary and global health program at St. Luke’s Medical Center College of Medicine in the Philippines. His Twitter handle is @RenzoGuinto

Revati Phalkey is the Chair of Health Systems Global’s Climate Resilient and Sustainable Health Systems TWG. She is Head of the Climate Change and Health Unit of the UK Health Security Agency and Honorary Associate Professor in Global Health at the University of Heidelberg.

Upasona Gosh is the coordinator of Health Systems Global’s Climate Resilient and Sustainable Health Systems TWG. She is Assistant Professor of Environmental Health and Social and Behavioral Sciences at the Public Health Foundation of India.

Shibaji bose is the communications manager of the Climate Resilient and Sustainable Health Systems TWG at Health Systems Global. A former journalist, he has co-hosted photographic voice exhibitions and made films focusing on climate change and health systems, and his work has been featured by the Wellcome Trust and at the Cannes Film Festival and HSG symposia.

The power of collaborative communication tools