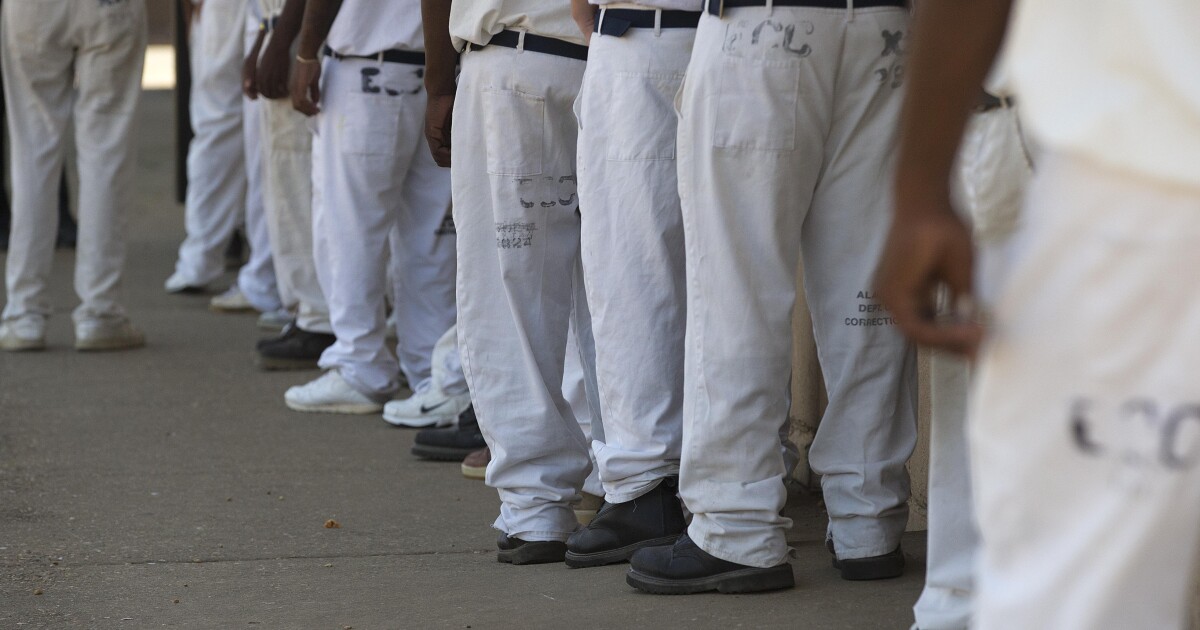 Racial disparities in Iowa prisons continue to be among the highest in the country, report finds

Racial disparities in Iowa prisons continue to rank among the highest in the country, according to the latest analysis by the advocacy group The sentencing project. Although the state’s black-to-white prisoner ratio has declined somewhat in recent years, it is still higher than that of almost every other state.

Iowa’s black-to-white prisoner ratio is no longer the worst in the country, as it was in 2007. According to the report released by The Sentencing Project, the disproportionate rate of incarceration of black residents in Iowa now ranks seventh in the country.

Johnny Pippins, who is currently incarcerated at Anamosa State Penitentiary, sees it with his own eyes. Pippins, a sociology and statistics graduate, spoke to IPR last year about his perception of Iowa’s inequality behind bars.

â€œI look at these young men whose lives are irrevocably changed by this. And they didn’t have to be, â€Pippins said.

According to the latest analysis, black Iowans are incarcerated at 9.3 times the rate of white Iowans, a slight improvement over 2016, while the rate was 11.1 to 1.

Yet blacks in Iowa continue to make up 25% of the state’s prison population, though they’re just 4 percent of the total population.

“There have been improvements in the state of Iowa, but now is certainly not the time to rest on laurels because it is still such a high racial disparity, one of the most high across the country, â€said Ashley Nellis, senior research analyst at the Sentencing Project and author of the report.

Betty Andrews, President of the Iowa-Nebraska NAACP says the trends are rooted in generations of discriminatory policies.

â€œIowa certainly has had a history of over-incarceration of African Americans,â€ Andrews said. â€œWe have a historic structure that was built on racism, slavery and prejudice and that has continued in our society for years until now.â€

Andrews said that while the improvement is marginal, she is delighted to see the state’s trends move in the right direction.

Nellis believed that the slight decrease in Iowa’s black-to-white ratio may be attributable to the passage of state law. Minority impact statement law in 2008, forcing analysts to examine how minority communities could be affected by some bills.

A number of other states have since followed suit, including Colorado, California, Florida and New Jersey. Still, Nellis acknowledged that the adjustment in Iowa’s racial gap may also be due to a slight increase in the state’s white incarceration rate and the growth of the overall black population.

“There have been improvements in the state of Iowa, but now is definitely not the time to rest on laurels because it is still such a high racial disparity, one of the highest in the country . “

As Professor Monic Behnken of the Sociology Department at Iowa State University told IPR last year, the effect of incarceration on black families has been devastating.

Researchers say that as a result, generations of black families have struggled to escape a downward spiral of poverty and lack of opportunity, factors made worse by government policies and local attitudes who locked the Black Iowans out of works, mortgages and entire communities.

â€œWhen people get out of jail, depending on how much debt they have to pay, they are often sent back into the system when they are unable to pay because they may not be able to find a job because they have a criminal history. “Andrews said.” You can’t get over these circumstances. “

â€œWhen people get out of jail, depending on how much debt they have to pay, they are often sent back into the system when they are unable to pay because they may not be able to find a job because they have a criminal history. […] you cannot overcome these circumstances.

“Using less jail for drug offenses and less using jail for offenses that could be dealt with by other means instead of jail is definitely better both in Iowa and everywhere else,” Nellis said. “The state could be more aggressive in its attempts to lessen the impact of imprisonment, particularly on its black residents.”

State researchers have made similar recommendations for years. Analysts from the Iowa Department of Human Rights have repeatedly highlighted mandatory minimum sentences, the practice of sending minors to adult court for certain crimes, and unequal sentences for crack-related offenses and cocaine powder as areas on which lawmakers need to focus.

â€œPenalty options to equalize the amount of crack and powdered cocaine have been discussed for a decade by [the Iowa Public Safety Advisory Board], read a report published last year by Iowa Justice Advisory Council. “Data from Iowa presented to CCSP suggests that this disparity in penalties contributes to the disproportionate incarceration of African Americans.”

In response to a request for comment, Iowa Department of Corrections spokesman Nick Crawford said the agency was working to address trends.

â€œAs a department, we are committed to reducing racial disparities in our corrections system. Through careful analysis of the data, the Iowa Department of Corrections has worked hard to develop action plans, implement these plans and recruit a more diverse workforce. By continuing these practices, we will find innovative ways to promote a more equitable system, â€the written statement said.

Andrews says that to address these disparities, reforms are needed at every step of the criminal justice pipeline, from interactions with police to pre-trial agreements to conviction and parole. While the challenge is significant, Andrews says she has no choice but to stay hopeful.