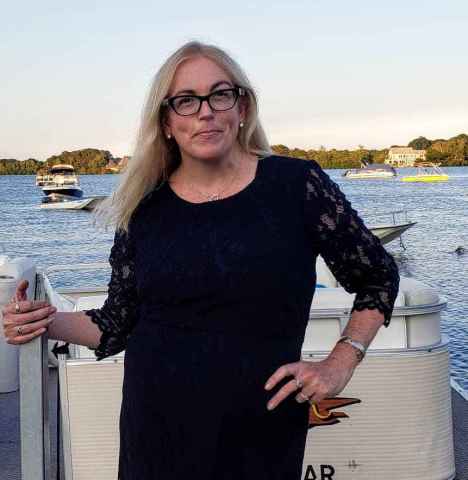 WASHINGTON, October 26, 2021– (BUSINESS WIRE) – The American Chemical Society (ACS) has recognized Jennifer L. Maclachlan as the recipient of the 2021 Helen M. Free Award for Public Awareness and the 2022 James T. Grady-James H. Stack Award for the interpretation of chemistry for the public. The AEC Public Relations and Communications Committee (CCRP) annually presents the Public Outreach Award to an AEC member whose outstanding accomplishments have enhanced public recognition and appreciation for the field of chemistry. The ACS annually awards the Chemistry Performance Award to someone who has made outstanding presentations to increase public understanding of chemistry.

Maclachlan has been an active member of ACS for 12 years and is the Managing Director of PID Analyzers LLC, a small family-owned chemical instrument company in Sandwich, Massachusetts. In her native Cape Cod community, she has distinguished herself by hosting many hands-on chemistry awareness events, demonstrating her strong networking, communication and team management skills.

“The future and advancement of chemistry rests on the young people of today. My goal from the start has been to open the eyes of our young people and their parents to the wonders of chemistry and its benefits in our lives, ”Maclachlan said. “Through engagement with these young people, I hope that many will choose to pursue studies in science, technology, engineering and mathematics (STEM) to become our country’s future innovators.”

In 2010, she hosted the first Cape Cod Celebrates National Chemistry Week at a local YMCA. With the help of her father Jack Driscoll, Ph.D., she engaged Kindergarten to Grade 8 students in hands-on chemistry-related activities. Encouraged and energized by this first public outreach effort and working with colleagues in the ACS Northeast Section, Maclachlan has hosted dozens of events – to date, she has hosted over 30 Café Scientifique. She has developed partnerships with many stakeholders in STEM education in Southeast Massachusetts, and through these partnerships she has shared her enthusiasm for chemistry with thousands of local youth and their parents and caregivers.

Maclachlan also has an active social media presence, where she has established a strong personal brand and coaches others to do the same. Her passion for career planning has made her a sought-after speaker at ACS meetings and other organizations such as the American Association for the Advancement of Science and the Materials Research Society.

“Jennifer has a tireless passion for chemistry and public education,” says William F. Carroll Jr., Ph.D., past president of ACS and past chairman of the board of directors of ACS. “These passions, combined with his outgoing personality, social media flair and infectious enthusiasm, have resulted in the engagement and education of thousands of residents of Cape Cod and beyond to discover the magic of chemistry and how it improves their lives. “

His service to the AEC also includes the chairmanship of CCRP, the committee responsible for bringing chemistry to the public, sharing the enthusiasm of science with non-scientists, and helping other AEC units communicate. effectively with their constituents. She is currently the Co-Chair of the Partnership Sub-Committee for the ACS Committee on Chemical Safety and the Chair of Public Relations for the ACS Small Chemical Company Division.

Beyond her membership in the ACS, Maclachlan is an active member of the American Industrial Hygiene Association (AIHA), where she is the past chair of the Teen Workplace Health and Safety Committee, which she founded. She is also involved in AIHA’s core government affairs activities.

Established in 1995, the Helen M. Free Award is a ChemLuminary award that recognizes outstanding achievement in public education. Free, former president of the AEC, has launched numerous programs and activities aimed at raising awareness of the contributions of chemistry to the quality of daily life. Free passed away this year on May 1, but her contributions to chemistry and public education will continue through the thousands of people whose lives she has touched and the recipients who continue her work.

The Chemistry Interpretive Award, named in honor of ACS News Directors James T. Grady and James H. Stack, was established in 1955 to recognize individuals who have improved their knowledge and their understanding of the chemical sciences through the press, television, films, books and lectures. and other media. “When getting information through mainstream media is the exception rather than the rule,” Carroll says, “it is appropriate to extend the definition of journalist to people who have been outstanding in communicating the benefits of chemistry. through social media. “

The American Chemical Society (ACS) is a nonprofit organization accredited by the United States Congress. ACS’s mission is to advance the broader chemistry business and its practitioners for the benefit of the Earth and all of its inhabitants. The Company is a world leader in promoting excellence in science education and access to information and research related to chemistry through its multiple research solutions, peer-reviewed journals, its scientific lectures, electronic books and weekly periodicals. Chemistry and Engineering News. ACS journals are among the most cited, trusted, and widely read in the scientific literature; however, ACS itself does not conduct chemical research. As a leader in scientific information solutions, its CAS division partners with global innovators to accelerate advancements by organizing, connecting and analyzing global scientific knowledge. The main offices of ACS are in Washington, DC, and Columbus, Ohio.

Based on Cape Cod in Sandwich, Mass., PID Analyzers, LLC is a small instrument manufacturer specializing in analytical and environmental monitoring systems for the real-time detection of low-level hazardous chemicals in air, water and process flows. PID Analyzers, LLC sells its products worldwide and has offices in Europe.

Retail market in Thailand expected to grow by $ 55.21 billion