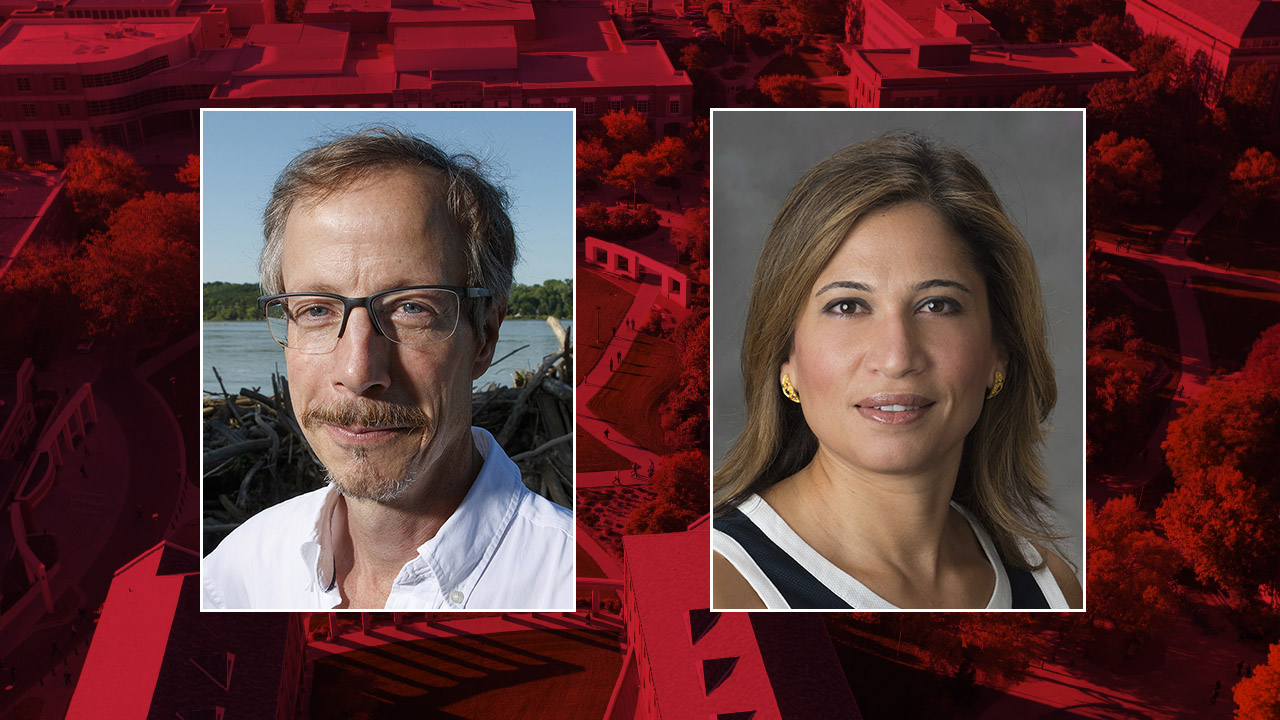 Two researchers from the University of Nebraska-Lincoln are playing a leading role in establishing a “network of networks” that unites some of North America’s most cutting-edge interdisciplinary collaborations focused on agricultural resilience and climate and food and water security.

Husker environmentalists Craig Allen and Tala Awada lead a team that recently received a four-year, $ 400,000 grant from the National Science Foundation to establish the Network for Integrated Agricultural Resilience Research, which is the first such collaboration in the field. . By sharing data, resources and expertise, affiliated researchers will generate new research paradigms that will address the diversity and complexity of agriculture and agriculture in North America on a larger scale than ever before. .

“With the type of replication and the long-term direction of these networks, we would expect to reveal a dynamic that we might not otherwise be able to,” said Allen, professor of natural resources and director of the Center for Resilient Agricultural Landscapes. from Nebraska, or CRAWL. “Most ecological research is done at the spatial scale of the square meter and on a time scale of two to three years. We want to do research on a much larger scale now that we are in the age of big data and longer-term data sets.

The network brings together we Long-term research network on agroecosystems funded by the Agricultural Research Service of the Ministry of Agriculture, or LTAR; the Canada-based ResNet and Agriculture Canada’s Living Labs Initiative; and the theory-focused International Resilience Alliance. With $ 150,000 in additional funding from the University of Nebraska’s Collaboration Initiative program, Allen and Awada are expanding the network to include partners in Mexico, ensuring the network spans North America.

Although the specific goal of each participating network varies, they share the vision that collaboration is essential to the pursuit of global food security, Allen said. Working in isolation, no single network can effectively study the sustainability of modern agricultural practices in the face of external forces such as climate change, changes in land use and changing social behaviors. Together, they may be able to identify tipping points at which farming systems are vulnerable to unwanted and destabilizing regime changes – the transformation of a grassland into a forest, for example.

“Often there is a trade-off between efficiency and resilience,” said Allen, who will serve as the network coordinator. “We are interested in this compromise and its cost. “

Allen and Awada’s leadership in the new network underscores Nebraska’s commitment to research focused on climate resilience and sustainable food and water security, which are two of the seven thematic areas of the university’s Grand Challenge. It also highlights the university’s global leadership in the area of ​​agricultural resilience: in addition to the CRAWL center, which aims to help policymakers use resilience theory to boost agricultural production, Nebraska is home to a NSF-financing a resilience-focused graduate training program and a USDA-a funded research project focused on increasing range production, among others.

Awada, associate dean and director of the Nebraska Agricultural Research Division and professor of plant ecophysiology at the School of Natural Resources, took the initiative to help the network achieve its original goal of creating the task force on resilience within the LTAR network, for which she is co-site manager for Nebraska. The working group will facilitate communication between the four member networks.

“Our various landowners and managers are interested in multiple outcomes on their lands, and the networks involved will look beyond efficiency and cost-effectiveness to include measures and indicators of sustainability and resilience at all scales.” , Awada said.

Network scientists will develop a research program focused on three trajectories. They will study heterogeneity and scale by exploring which attributes of farming systems enhance resilience; identify the thresholds that may precede regime changes; and spot the warning signs of such changes.

Their work in these areas is expected to lead to large-scale interdisciplinary proposals that bring together the network’s wide range of expertise and access to data from organizations such as USDAthe climatic poles of, NSFNational network of ecological observatories and Ameriflux.

To flesh out the program, network scientists will conduct a comprehensive literature review to identify critical research gaps and launch a public website aimed at engaging the public and researchers outside the network. They plan to involve students and stakeholders, including tribal and under-represented groups, throughout the process.

Researchers will collaborate through annual conferences, webinars, workshops and monthly meetings. Allen said the overarching goal is to build a sustainable network infrastructure and strong transdisciplinary collaborations that will long outlast the four years of the NSF to agree.

“I hope this network is just the start of multi-country and multi-institutional collaborations,” he said.