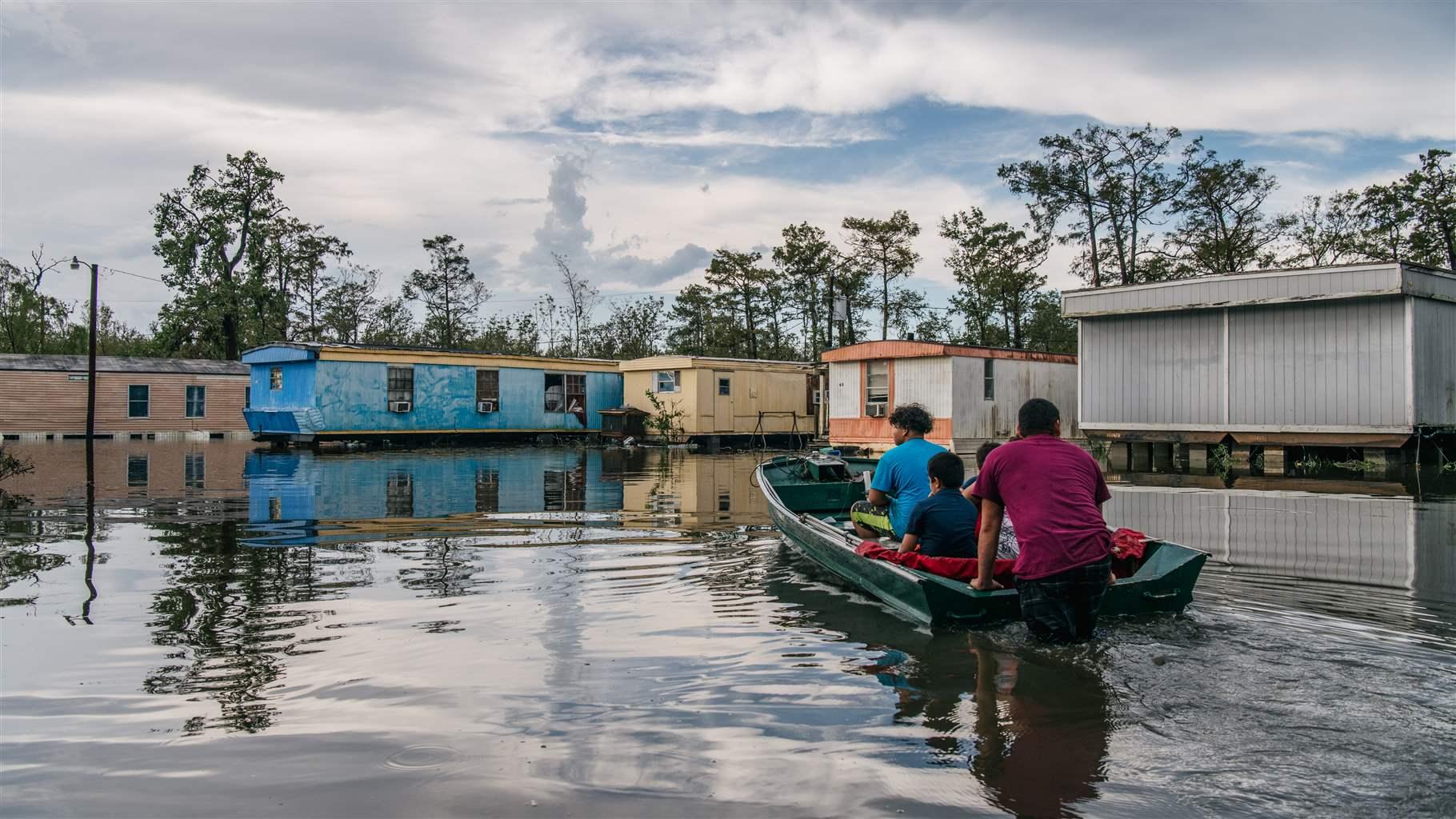 With the frequency, intensity, and cost of climate-related disasters set to increase over the coming decades, governments at all levels in the United States must act now to reduce the impacts of these events, especially flooding. Although some federal agencies, states, and localities have formalized plans for adaptation and resilience to natural disasters and climate change, the country lacks a cohesive approach to resilience across all levels of government. Now, a bipartisan bill on Capitol Hill could help address that problem by creating a national strategy to coordinate federal initiatives and build support for local and state governments seeking to reduce the risk of disasters, such as flooding.

The bipartisan National Climate Resilience and Adaptation Strategy Act, introduced yesterday by Senators Chris Coons (D-Delaware) and Lisa Murkowski (R-Alaska) and Representatives Scott Peters (D-CA) and Maria Elvira Salazar (R-FL) in the Senate and House of Representatives, respectively, would create a resilience officer position in the Office of the President to improve the effectiveness of efforts to address climate vulnerabilities. This would be achieved in part through the creation and oversight of interagency working groups and a council of non-federal partners focused on inventorying existing federal operations; identification of challenges and barriers to building climate resilience; and the design of a national strategy and implementation plan to address these gaps. The Pew Charitable Trusts applauds this vision and supports the passage of the bill.

Currently, natural disaster recovery and preparedness plans, programs, and funds are split among at least 17 federal agencies, including the Department of Transportation, the Small Business Administration, the Federal Emergency Management Agency, and the Department of Housing and Urban Development. This siled approach to resilience often creates inefficiencies within the federal government and challenges for state and local partners. As of June 2021, more than 15 states – coastal and inland, with governments from all political backgrounds – had launched comprehensive resilience planning processes that focus on community-scale solutions, updating development codes and the use of nature-based solutions for flood mitigation. Given this increase in adaptation activity at the state level, the implementation of a national disaster resilience strategy is essential for the effective use of state and federal government resources.

State and local governments, as well as non-governmental entities, should be supported by an adaptation strategy that guides investments, leads with science, puts nature to work, and addresses historical inequalities, such as how climate impacts disproportionately affect low-income neighborhoods. The comprehensive approach proposed in the legislation could help increase the capacity of communities to prepare for disasters and encourage greater collaboration between all levels of government and key resilience partners such as non-governmental organizations, academic institutions and the private sector.

The National Climate Adaptation and Resilience Strategy Act would complement the Biden administration’s ambitious agenda to address climate change. If enacted, the bill would move our country toward better use of taxpayer dollars through thoughtful climate change preparedness, response and adaptation, and could spark further improvements in how United States, as well as states and localities, face an uncertain future.

US companies in China cut revenue forecasts and investment plans

ARVINAS, INC. Management report and analysis of the financial situation and…

“Behind the Blue”: Conversation with British President Eli Capilouto