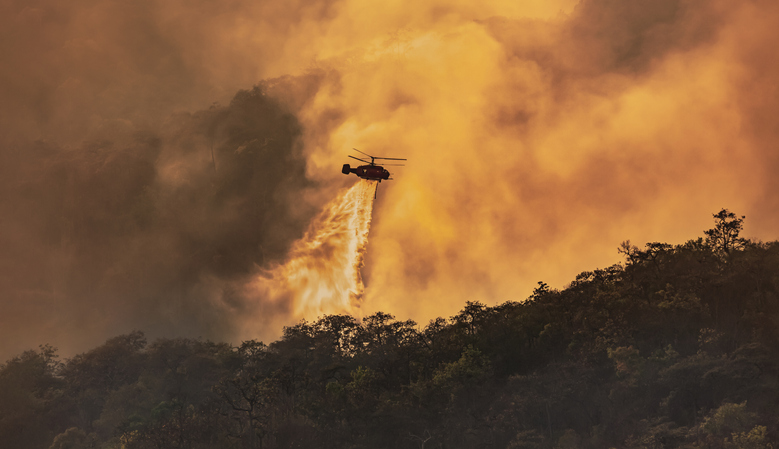 Benevolent communication, the key to stimulating action on research results

“Science communication” these days often means giving an interview to the media or doing a TED Talk. There is no shortage of books giving advice on the basic skills required, but Faith Kearns hopes her new offering will bring a new approach.

In his book Getting to the heart of scientific communication: a guide for effective engagement, Dr Kearns describes herself as “a scientist who has also been an everyday science communication practitioner for over 25 years.” She also reveals that she rarely finds her own experience reflected in standard literature.

Indeed, vital forms of community work are largely overlooked, even though large numbers of people are involved – and she included interviews with around 100 of them.

Self-proclaimed a “disaster expert,” Dr Kearns works for the California Institute for Water Resources (part of the University of California) on “water, drought, wildfires and climate change; how we can better adapt and respond to disasters ”.

At the start of her career, she recalls, “science communication was all about giving a great speech, conveying messages. Yet the emphasis on a particular message or setting is truly alienating when you’re in the field with people. I advocate a more relational approach, centered on relationships between people, which requires a certain emotional intelligence and does not rely so much on scientific authority.

A turning point in his thinking, described by Dr. Kearns in his book, occurred about 15 years ago. It featured research on “how houses could be built to resist fire, as well as the controversial idea of ​​being trained to stay with your house to prevent it from burning … checklists and hazard maps to make work accessible.

Yet one man’s response, Dr Kearns recalls, alerted her to how “the way we present scientific information really traumatizes people, [because we were] not paying attention to the context that the community had just gone through a fire. In my own training, which was a very typical American scientist training, there was no discussion of how what we were going to say would end up with people… To not take that seriously is to sell the job to short. It affects what people can hear from you.

His book also raises questions about what Dr. Kearns calls the “hidden agenda” in science training, which incorporates a “never-spoken but ubiquitous message that feelings are not allowed in science.”

The book cites the argument of Naomi Oreskes, professor of the history of science at Harvard University, who said that “scientists should express more concern … expressing concern would help convey the gravity of climate change – because it is difficult to get enthusiastic about something when the experts themselves seem impartial ”.

Dr. Kearns’ book features tools for building relationships, listening, dealing with conflict, and understanding trauma. It also emphasizes inclusion and social justice while questioning the emphasis on ‘simplification and rationalization’ in favor of ‘nuance and complexity’.

The key to one’s own type of science communication, Dr Kearns said, was to be “extremely open, very good at listening and very good at handling my own internal conflict when people say things that I think are wrong.”

What types of shareholders do Scott Technology Limited (NZSE: SCT) own?